In lesson two, we talk about Persian long vowels. I think it’s necessary to mention that each lesson is the continuation of the previous one. Consequently, you may find yourself unable to understand the new lessons perfectly if you ignore the previous lessons. I’m sure you will make great progress in near future if you follow the instructions. In the case you followed the instructions as you are being told and still found it difficult to learn, then you would have the right to angrily blame me for wasting your time and I would certainly shut down this site forever! It’s a deal! 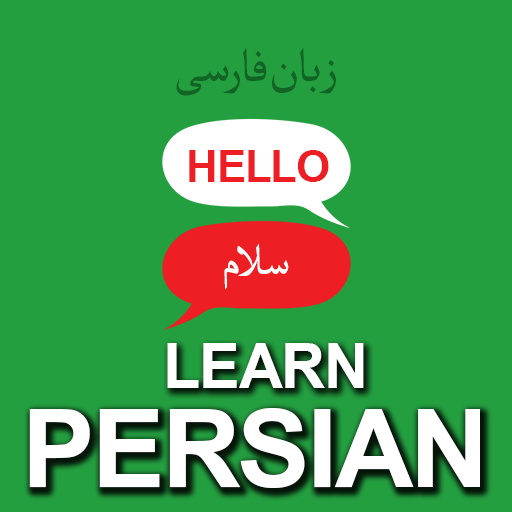 Ok. How was lesson one? Was everything clear? If not, please let me know. Your suggestions will certainly improve the quality of this site to help you get most out of these pages.

Last week, we learned many things, such as short vowels, three big letters along with their small forms, the correct pronunciation of the letters and so on. We also learned how to write these letters. Do you remember those letters? Perfect! Now try to review them before we proceed.

If you remember, I told you that all big letters come at the end of the words and may stand either attached or separated from other letters with only one exception. Today, we will see that exception.

Look at this letter.

(the only exception) does not attach to other letters. It stands separated only.

The pronunciation of this letter is not so difficult. It has only one pronunciation, and does not accept any other short and long vowels. You have to pronounce it as /a:/ in arm.

this is the big letter ‘A’ in Persian and pronounced as /a:/ in arm.

Is that clear? If you need to know how the big letter

This one is the small letter ‘a’ in Persian. It may appear anywhere in words: beginning, middle, and in the end. This letter can accept all six main vowels, including short and long vowels.

Now that we are familiar with the long vowel /a:/ in Persian, we are ready to learn two other long vowels. Those are /i:/ as in see. And /u:/ as in two.

This is the big letter ‘Y’ in Persian. Only this letter can be pronounced as /i:/ sound. /i:/ as in see.

Note: like all other big letters, this comes at the end of the words and may stand either attached or separated. This can be pronounced as /i:/ Mostly when it is attached to other letters.

This one is the small letter ‘y’ in Persian. Like all other small letters, it comes at the beginning or middle of the words and accepts all six vowels.

As I told you before, some Persian letters have only one form. That is to say, their small and big forms are equal.

This letter is one of them.

I guess you may find these explanations a little bit confusing. Nevertheless, this is the only way to explain the long vowels. I am now trying to make it easier to understand through writing.

As you remember, this is ‘B’ in Persian:

. Last week, we learned how to pronounce this letter with short vowels:

. Toady we will pronounce it with the long vowels too.

this is pronounced as /ba:/ in barter.

this is pronounced as /bi:/ in beat.

this one is pronounced as /bu:/ in boot.

with the help of these three long vowels. You will say:

Well done! Was it really difficult? Now, we pronounce the letter

with the help of six main vowels. Ready? Don’t forget to read from right to left.

From now on, we should pronounce each letter with these six sounds.

This is ‘p’ in Persian. Try to pronounce it with the six vowels. You will say:

. Great job! If you need help, click here to listen and you can watch our videos.

this is’T’ in Persian. Try to pronounce it with the six vowels. You will say:

All right. This is the end of lesson two. Please remember that the most difficult part of our job is pronouncing the letters with these six vowels, which is the start point of entering into a new language. We wouldn’t have this much problem after we learned the letters successfully.

I dont understand why A is an alphabet ,it is a vowel not a consonant
Reply

It was really understandable, nice..
Reply

The articles are very nicely organized with audio. It is one of the best site to learn Persian. After reading this particular article I tried to write some words, and I could able to write it properly. Though I have just begin o learn Persian but its long way to go. Thank you very much for uploading such rich material for learning Farsi.
Reply

Thanks you so much for your great comment. We really get happy to see our readers enjoy the content and find it useful. We try to improve our job for the better. If you happen to know other people interested in learning Persian language, don't forget to share our website with them.
Reply

Audios & videos are good support to get letters right, and learn to recognize them both in oral and written form. Attaching all 6 vowels/sounds to each letter makes practicing easier.
Reply

It is exactly right, that's why we have tried to include audios and videos in lessons in order to make it easier to understand for learners. We hope our content would be useful to you and all other people who use this website.
Reply

Delete Subjects of Persian Sentences Today, we are going to stud ...