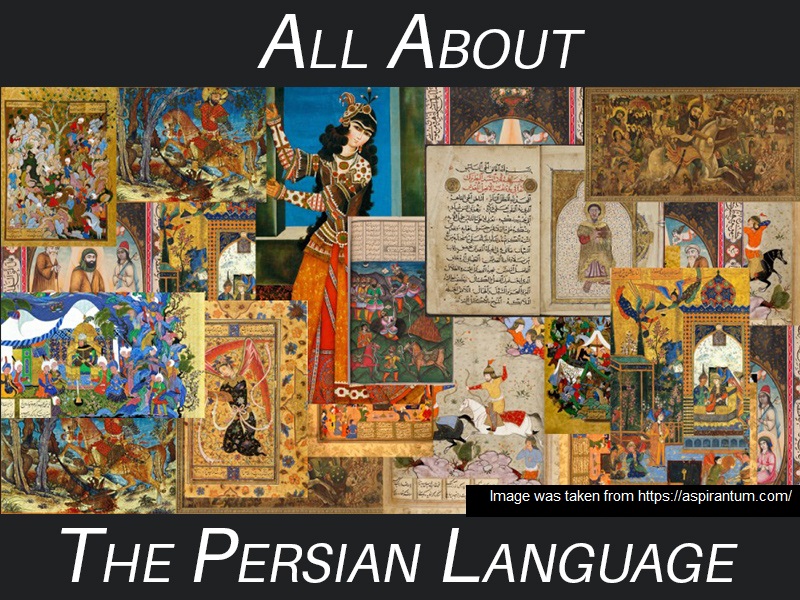 This article is written in both Persian and English languages.

If you like the read the article in Persian, simply just change the language of website by clicking on the language icon on the header.

Persian language history dates back to so many centuries ago. Persian is a member of the Western Iranian branch of the Indo-European language family. There are about 110 million people Persian speakers in Iran, Afghanistan and Tajikistan, Uzbekistan, Iraq, Russia and Azerbaijan. According to statistics in 2009, there were about 60 million native speakers of Persian, and about 50 million second language speakers. Many people confuse this language with Arabic, but Persian is not related to Arabic.

This language has different names in countries, which means in Afghanistan it is known as Dari (درى) or Dari-Persian, while in Tajikistan it's known as Tajiki (Тоҷики / تاجيكى).

In English and some other languages, the official language of Iran is sometimes mentioned as Farsi . Although it is not a wrong transliteration of the original name of the language, but many, including the Academy of Persian Language and Literature, prefer the name Persian for this language. The older local name was Parsi (پارسی) which is used by some people as well.

Until 1935, the official name of this country was Persia, though the Persian people have called their country Iran since the Sassanid period (226-651 AD).

Old Persian was first written in about 600 BC in the Old Persian Cuneiform. The language had evolved into what we known as Middle Persian by about 300 BC, and was written with the Pahlavi, Manichaean and Avestan alphabets. From 800 AD the language is known as Modern Persian, and was written with the Persian of Perso-Arabic alphabet. There are also ways of writing Persian with the Latin alphabet.

Why should you study Persian? 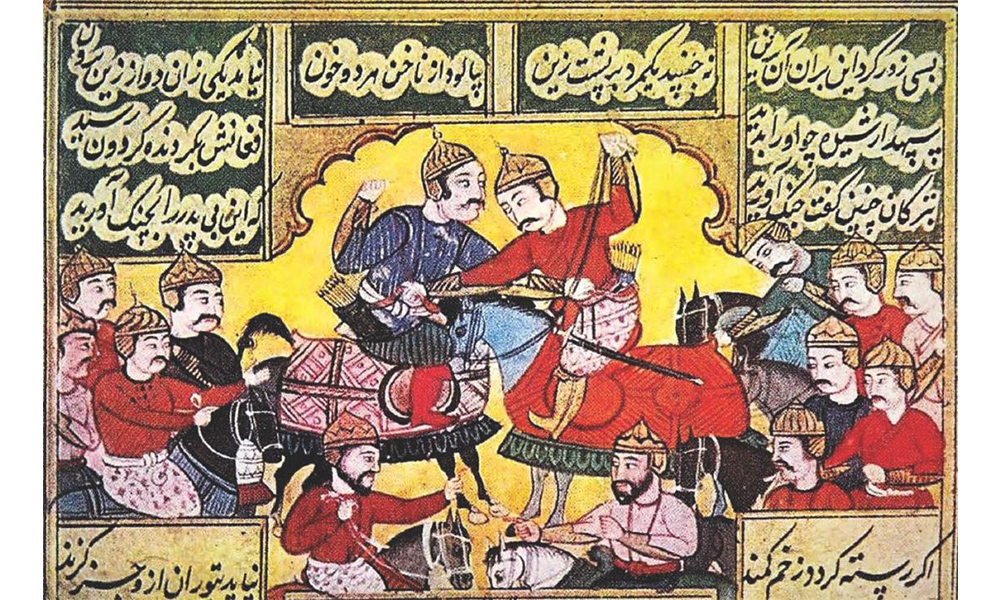 Several reasons could be stated for learning this beautiful language, and we have mentioned some of them below. 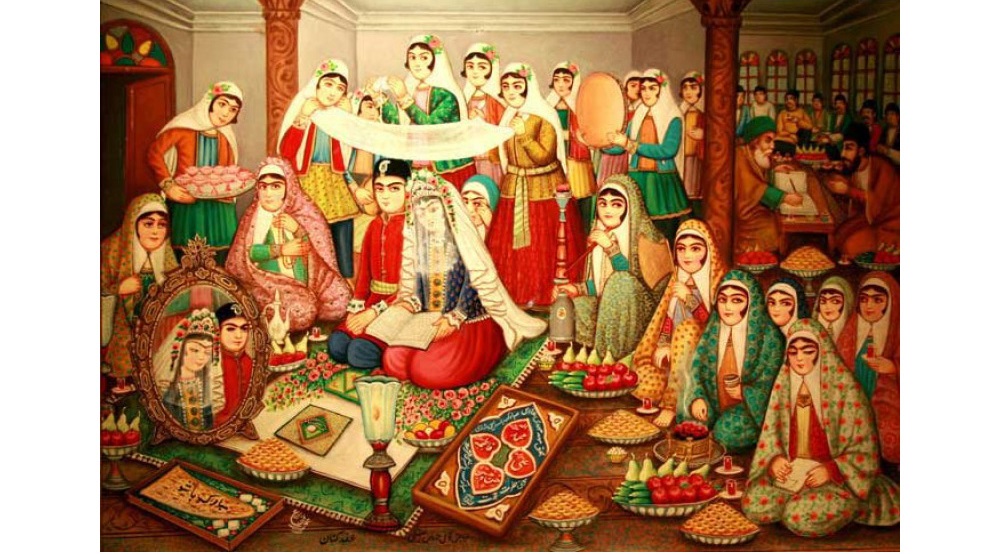 Studying Persian provides an approach to a rich and diverse culture. For centuries, major epic and Sufi poets—such as Ferdowsi, Rumi, and Hafez—have served as inspiration to writers and creators all over the world, and contemporary Persian-language literature continues to attract international audiences.

Iran also produces world-class films which have been recognized by a wide variety of international film festivals and honored with awards including the Oscar, César, Bodil, and David di Donatello. Persian culture is also known for its exquisite miniature painting, intricate mosaics and tile work, and finely woven rugs and carpets—each a feast of color and pattern for the eyes and the soul! 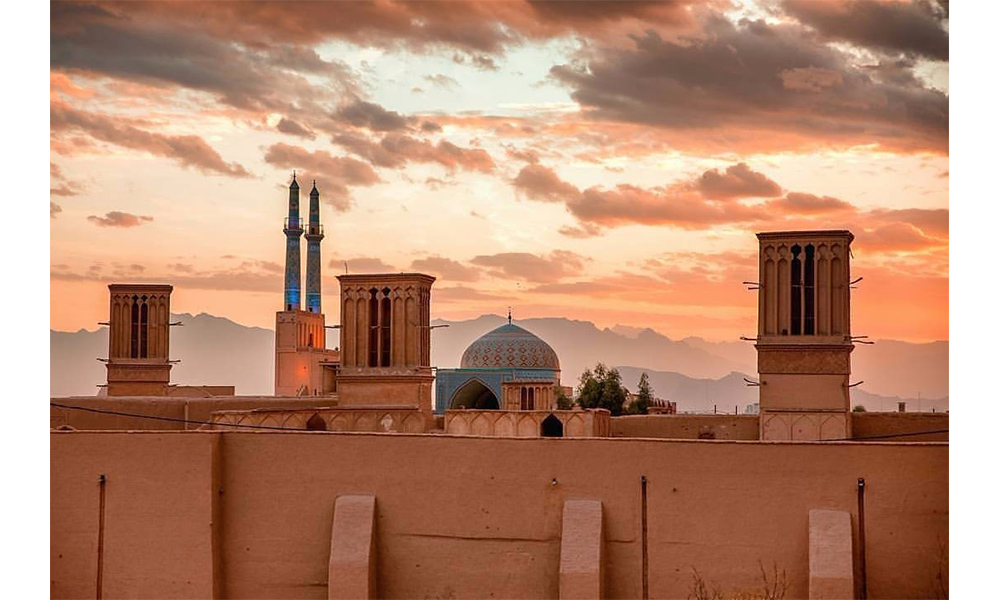 Iran is home to over 20 UNESCO World Heritage Sites, including monastic ensembles, a bazaar complex, a historical hydraulic system, a palace, and a desert. It is a beautiful and geographically diverse country that supports a significant travel and tourism industry.

Acording to The Associated Press reports, nearly 5 million foreign visitors traveled to Iran in 2014. If considering a visit to Iran, be sure to allow ample time to prepare your trip: American tourists must get an entry visa and be accompanied by a guide or tour group. Tajikistan is also a popular destination for travelers who have Persian language skills, and study abroad programs for U.S. students are offered there.

Iran is the direct heir of the Persian empire and a pivotal regional power. It sits on the Strait of Hormuz, the waterway that connects the Persian Gulf to the rest of the globe and that is a conduit for much of the world’s oil.

Iran holds the fourth-largest reserves of oil and the second-largest of natural gas. It has a diversified economy that is the second-largest in the Middle East and a population of about 80 million. Individuals with Persian language fluency are in a position to be on the front lines of engaging and doing business with Iran and its countrymen. 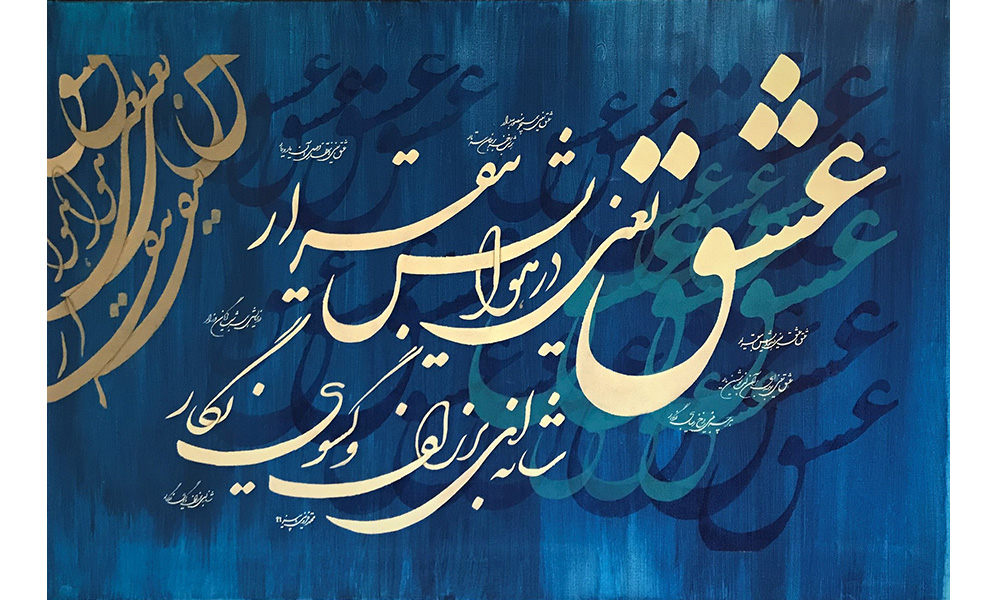 Apart from the description above about Persian language, if you have never studied any similar languages before, Farsi might seem a little bit complicated and different from what you're used to, because you’ve never had any experience with reading the Persian texts.

You can also find some words in Persian that share a common root with English or other European languages. Here are a few examples:

Many words of Persian origin have also made their way into the English language, some of the most common examples are:

Caravan from Italian caravana, carovana, originated from Persian کاروان kāravān, meaning a company of travelers, pilgrims, or merchants on a long journey through desert or hostile regions.

Khaki from Hindustani and Urdu ख़ाकी/خاکی khaki meaning "made from soil", "dusty" or "of the colour of soil", originated from Persian خاک khak meaning "soil".

Rank from Persian رنگ rang meaning "color", as the Sassanid army was ranked and dressed by color. 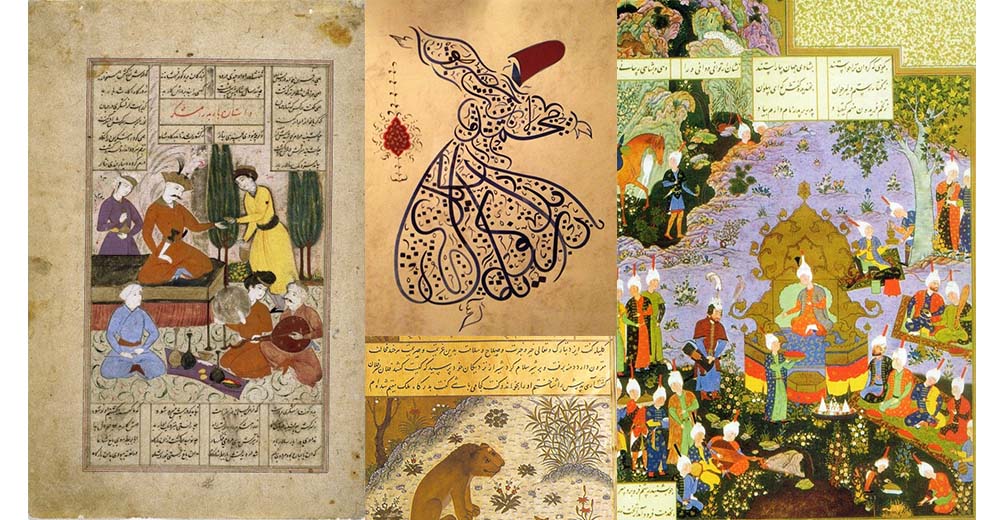 The Persian is one of the world's oldest literatures. It spans over two-and-a-half millennia. Its roots have been within Greater Iran including present-day Iran, Iraq, Afghanistan, the Caucasus, and Turkey, regions of Central Asia (such as Tajikistan) and South Asia where the Persian language was the native or official language in different eras.

Not all Persian literature is written in Persian, as some consider works written by ethnic Persians or Iranians in other languages, such as Greek and Arabic. At the same time, not all literature written in Persian is written by ethnic Persians or Iranians, as Turkic, Caucasian, and Indic poets and writers have also used the Persian language in the environment of Persianate cultures.

The bulk of surviving Persian literature, however, comes from the times following the Arab conquest of Persia. After the rise of Abbasids (750 CE), the Iranians became the scribes and bureaucrats of the Arab empire and, increasingly, also its writers and poets. The New Persian language literature arose and flourished in Khorasan and Transoxiana because of political reasons, early Iranian dynasties such as the Tahirids and Samanids locating in Khorasan.

Persian poets such as Ferdowsi, Sa'di, Hafiz, Attar, Nezami, Rumi and Omar Khayyam are also known in the West and have influenced the literature of many nations. We have prepared free lessons from the elementary level for all people interested in learning Persian language.

Thanks It was really exciting
Reply

You're welcome, so happy that you liked it.
Reply

Salam! Khosh amadid! Hello everyone, how are you? Last week, we ...