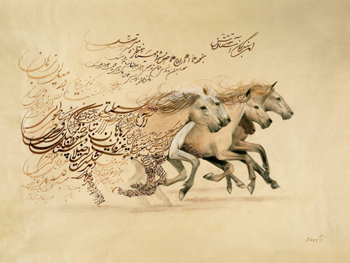 After the Islamic conquest of the Persian Sassanian Empire in 642 AD, Arabic became the language of government, culture and especially religion, and the Arabic alphabet was adapted to write the Persian language. This is now known as the Persian or Perso-Arabic alphabet (الفبای فارسی / alefbā-ye fârsi).

The symbols for 4,5 and 6 are different from the standard numerals used for Arabic.

Hello everyone, welcome back!