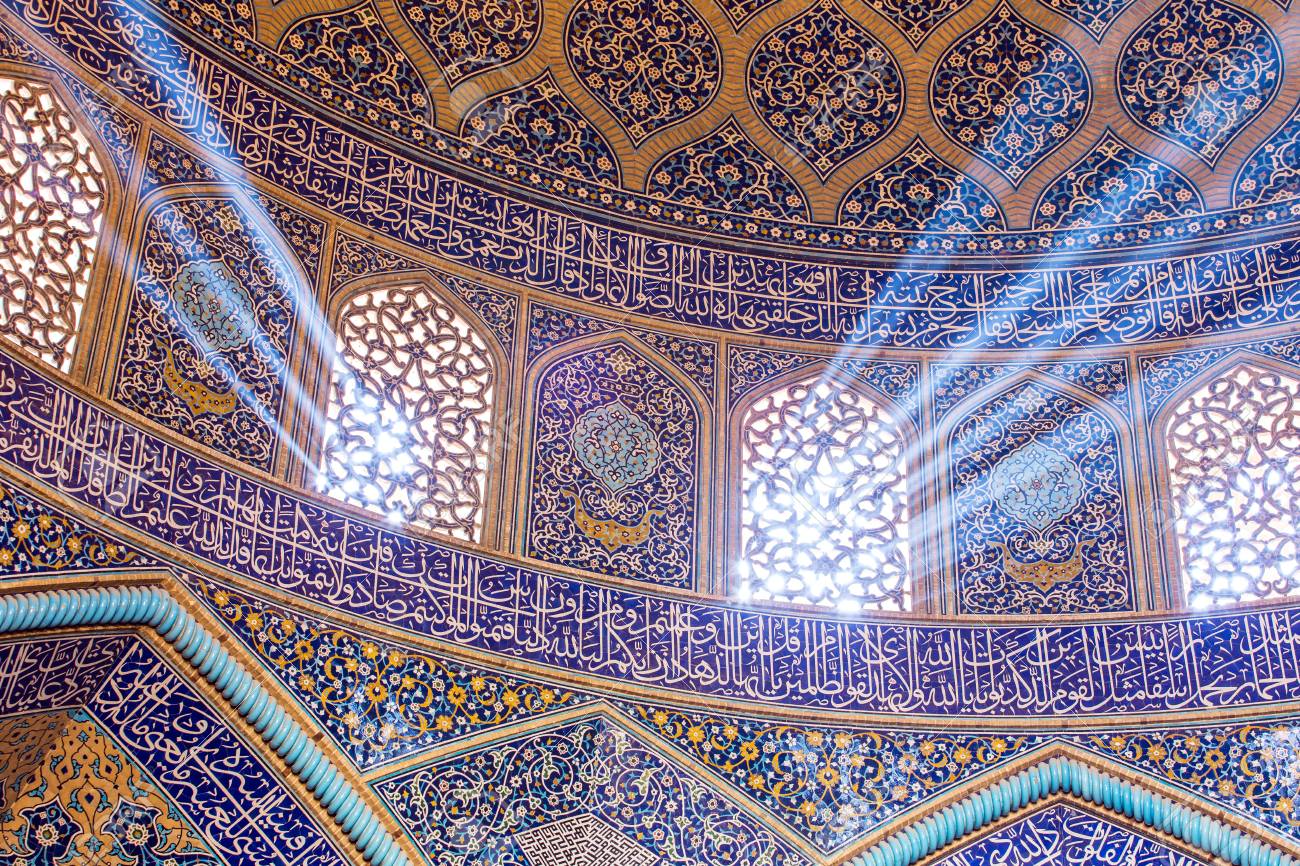 This mosque was built between 1602 and 1619 during the reign of Shah Abbas I, it is dedicated to the ruler’s father-in-law, Sheikh Lotfollah, a revered Lebanese scholar of Islam who was invited to Esfahan to oversee the king’s mosque (now the Masjed-e Shah) and theological school. The dome makes extensive use of delicate cream-colored tiles that change color throughout the day from cream to pink (sunset is usually the best time to witness this).

The signature blue-and-turquoise tiles of Esfahan are evident only around the dome’s summit. The mosque is unusual because it has neither a minaret nor a courtyard, and because steps lead up to the entrance. This was probably because the mosque was never intended for public use, but rather served as the worship place for the women of the shah’s harem. The sanctuary or prayer hall is reached via a twisting hallway where the eyes become accustomed to the darkness as subtle shifts of light play across deep blue tilework. This hallway is integral to both the design and function of the mosque because it takes the worshipper from the grand square outside into a prayer hall facing Mecca, and thus on a completely different axis.